Global retail companies (“supermarkets”) have an increasing influence on developing countries, through foreign investments and/or through the imposition of their private standards. The impact on developing countries and poverty is often assessed as negative. In this paper we show the opposite, based on an analysis of primary data collected to measure the impact of supermarkets on small contract farmers in Madagascar, one of the poorest countries in the world. Almost 10,000 farmers in the Highlands of Madagascar produce vegetables for supermarkets in Europe. In this global supply chain, small farmers’ micro-contracts are combined with intensive farm assistance and supervision programs to fulfill complex quality requirements and phyto-sanitary standards of supermarkets. Small farmers that participate in these contracts have higher welfare, more income stability and shorter lean periods. We also find significant effects on improved technology adoption, better resource management and spillovers on the productivity of the staple crop rice. The small but emerging modern retail sector in Madagascar does not (yet) deliver these benefits as they do not (yet) request the same high standards for their supplies. [1]

Agroecology: the science of natural resource management for poor farmers in marginal environments

Throughout the developing world, resource-poor farmers (about 1.4 billion people) located in risk-prone, marginal environments, remain untouched by modern agricultural technology. A new approach to natural resource management must be developed so that new management systems can be tailored and adapted in a site-specific way to highly variable and diverse farm conditions typical of resource-poor farmers. Agroecology provides the scientific basis to address the production by a biodiverse agroecosystem able to sponsor its own functioning. The latest advances in agroecological research are reviewed in order to better define elements of a research agenda in natural resource management that is compatible with the needs and aspirations of peasants. Obviously, a relevant research agenda setting should involve the full participation of farmers with other institutions serving a facilitating role. The implementation of the agenda will also imply major institutional and policy changes. [2]

Part I of this paper13 described the Transfer-of-Technology (TOT) model of normal agricultural research and its misfit with the needs of Resource-Poor Farmers (RPFs). Farming Systems Research (FSR) was seen as an adaptation of TOT which retained power and initiative in the hands of scientists. The Farmer-First-and-Last (FFL) approach proposed in this second part of the paper would transfer power and initiative to farmers, especially RPFs. The authors argue that FFL fits the diverse and complex conditions and needs of RPFs better than does TOT, and makes more sparing and cost-effective use of scarce scientists. A parsimonious form of FFL avoids multi-disciplinary teams and much data gathering and analysis by trusting farmers’ knowledge and self-interest, and encouraging and enabling them to identify priorities for research.

Parsimony and replicability come from relying on farmers’ knowledge and abilities and on scientists as facilitators and learners. Widespread adoption of parsimonious FFL entails a turn around in behaviour and attitudes by scientists. Tested methods are needed for training scientists in reversals of attitudes and demeanour; for identifying and working with suitable RPF families; for farmer groups and panels; and for farmer innovator workshops. The International Agricultural Research Centres have some disadvantages in developing and practising parsimonious FFL. The main initiative will probably have to come from courageous and original national scientists and imaginative non-government organisations. Those who break the bounds of normal professionalism by developing parsimonious FFL can expect to be at a cutting edge of agricultural research methodology. [3]

The study examined the contribution of the Cocoa Disease and Pest Control Programme (CODAPEC), which is a cocoa production-enhancing government policy, to reducing poverty and raising the living standards of cocoa farmers in Ghana. One hundred and fifty (150) cocoa farmers were randomly selected from five communities in the Bibiani-Anhwiaso-Bekwai district of the Western Region of Ghana and interviewed using structured questionnaires. Just over half of the farmers (53%) perceived the CODAPEC programme as being effective in controlling pests and diseases, whilst 56.6% felt that their yields and hence livelihoods had improved. In some cases pesticides or fungicides were applied later in the season than recommended and this had a detrimental effect on yields. To determine the level of poverty amongst farmers, annual household consumption expenditure was used as a proxy indicator. The study found that 4.7% of cocoa farmers were extremely poor having a total annual household consumption expenditure of less than GH¢ 623.10 ($310.00) while 8.0% were poor with less than GH¢ 801.62 ($398.81). An amount of money ranging from GH¢ 20.00 ($9.95) to GH¢ 89.04 ($44.29) per annum was needed to lift the 4.7% of cocoa farmers out of extreme poverty, which could be achieved through modest increases in productivity. The study highlighted how agricultural intervention programmes, such as CODAPEC, have the potential to contribute to improved farmer livelihoods. [5] 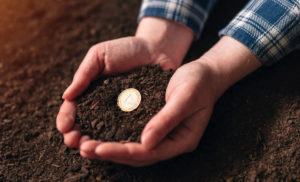 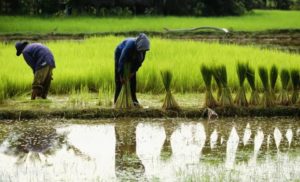 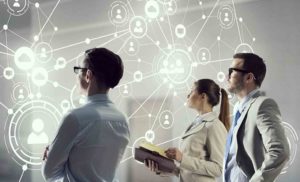 Latest News on Poverty Alleviation : May 2020