Spores of Osmunda cinnamomea L. germinated on Knudson’s medium developed into the usual heart-shaped, thin, green prothalli. Five produced green calluses on the upper surfaces after 2 months. These calluses grew slowly or died on this medium. When transferred to the same medium supplemented by B-vitamins in appropriate concentrations the calluses grew rapidly and continue to do so. The calluses were of nodular masses of large-celled parenchyma in the center of each of which is an islet of meristematic tissue. Certain of the older parenchyma cells form tracheids. Chromosomal studies show the prothallial callus to be haploid. It is suggested that the presence of tracheary tissue in the independent prothalli of vascular cryptogams is therefore not by itself sufficient evidence that apogamy is an accompanying phenomenon. Only one callus has so far been experimentally induced on prothalli of Osmunda. [1]

Thidizuron (TDZ) is among the most active cytokinin-like substances for woody plant tissue culture. It facilitates efficient micropropagation of many recalcitrant woody species. Low concentrations (<1 µM) can induce greater axillary proliferation than many other cytokinins; however, TDZ may inhibit shoot elongation. In some cases it is necessary to transfer shoots to an elongation medium containing a lower level of TDZ and/or a less active cytokinin. At concentrations higher than 1 µM, TDZ can stimulate the formation of callus, adventitious shoots or somatic embryos. Subsequent rooting of microshoots may be unaffected or slightly inhibited by prior exposure to TDZ. The main undesirable side effect of TDZ is that cultures of some species occasionally form fasciated shoots. The high cytokinin activity and positive response of woody species to TDZ have established it as among the most active cytokinins forin vitro manipulation of many woody species. [3]

The current study was carried out to compare the external leaf structure of tissue culture-derived and conventionally-propagated Cocoyam [Xanthosoma sagittifolium (L) Schott] plantlets and to develop an efficient acclimatization protocol for these plantlets. Acclimatization studies were carried out during winter and summer to ascertain seasonal influence relative to plant survival upon transfer from in vitro to natural conditions. Results indicated that, cocoyam leaves have few stomates on both abaxial and adaxial surfaces with fewer on the adaxial surface. High levels of epicuticular wax (EW) found in vitro may have contributed to reduced transpiration rates. The reduced amounts of EW on acclimatized plants could be attributed to the rapid cell enlargement in expanding leaves, more rapid than the rate of wax formation. Acclimatization using humidity tent decreased leaf wilting and damage compared with the control treatment or with the mist treatment. Mist-acclimatized plantlets produced about 50% fewer leaves than those acclimatized in a humidity tent. Similar results were obtained during winter acclimatization with a lower rate of leaf formation compared to summer acclimatization. A relatively high humidity (60-80%) for approximately two weeks reduced leaf injury from wilting and desiccation. [4]

Philippines is the world’s largest producer of abaca fiber, accounting for about 85% share of the global production in 2013. Plant tissue culture technology is being widely used for a large scale plant multiplication. Even though it is possible to produce a large number of plants by micro popagation, the greatest problem in this technique is contamination. A wide range of microorganisms (filamentous fungi, yeast, bacteria, viruses and viroids) and micro-arthropods (mites and thrips) have been identified as contaminants in plant tissue cultures. Contaminants may be introduced with the explant, during manipulation in laboratory, by micro-arthropods vectors.

The study was conducted at the Tissue culture laboratory and Research laboratory of the University of Southeastern Philippines, Mabini Unit, Pindasan, Mabini, Compostela Valley Province, Philippines to identify and characterize the fungal contaminants of abaca in vitro cultures. The plant tissue culture used MS medium sterilized using pressure cooker at 15 psi for 20 minutes. The explants were excised and surfaced sterilized with Sodium hypochlorite (Sigma-Aldrich Chenire) for three minutes. The excised explants were aseptically transferred to the culture medium in 20 culture bottles, labeled and incubated at 24°C for three weeks at the growth room. Fungi contaminants were immediately transferred and pure cultured unto PDA (Potato Dextrose Agar) at 28°C for three to seven days. Microscopic fungi were identified using diagnostic keys. For identification purposes, slide cultures were prepared on malt extract agar and stained with lactophenol-blue.

Two species of fungi were identified as fungal contaminants of the tissue-cultured abaca in the initial stage of micropropagation. Of these genera, Chrysosporium sp. like fungus occurred most frequently (10%), followed by Aspergillus sp. (5%). These fungal species were found to cause death of the culture material by some probable sources of contaminations such as handling of plant materials, culture vessels and the laboratory.[5]

The Impact Analysis of Front Line Demonstrations of Chickpea in Gujarat

The Use Aqueous1-Methylcyclopropene (1-MCP) on Carrots

A Comprehensive Study of Some Physico-chemical, Sensory and Bacteriological Characteristics of Canned Chicken Meat Imported to Sulaymaniyah Markets, Iraq 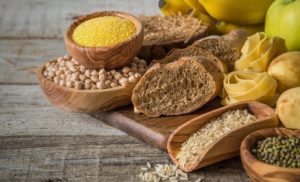 Statistical Study on Food Grains Demand and Supply in India

Bioactive Ingredients in Germinated Brown Rice and Its Consumption