Multivariate analysis is the most popular approach for genetic variability estimation to study the patterns of variation and their genetic relationships among germplasm collections to enhance their use in crop breeding. The objectives of the present study were: (i) to assess the extent of genetic diversity in a collection of Egyptian commercial maize hybrids and populations, through field evaluation under water and N stressed and non-stressed conditions, using morphological data based on Principle Component Analysis (PCA), (ii) to measure the genetic distance among these genotypes using Agglomerative Hierarchical Clustering (AHC) analysis and (iii) to assess the relationship between grain yield and yield-related traits of maize genotypes using genotype × trait (GT)-biplot analysis. A two-year field experiment was conducted in a split-split plot design with 3 replications, where 2 irrigation regimes, three N rates and 19 maize genotypes occupied the main plots, sub plots and sub-sub plots, respectively. The germplasm was assessed for 21 agronomic traits. Highly significant differences (P ≤ 0.01) were observed among the maize hybrids and populations for all measured traits.  Results of the GT biplot in the present study indicated that high values of 100-Kernel weight, ears/plant, kernels/plant, kernels/row, plant height, nitrogen use efficiency, nitrogen utilization efficiency, and grain nitrogen content and short ASI could be considered reliable secondary traits for improving grain yield under stressed and non-stressed conditions. The highest genetic distance was found between G9 (SC-2055) and each of G15 (American Early Dent), G18 (Midland) or G19 (Ried Type). The AHC based on phenotypic data assigned the maize genotypes into five groups. The different groups obtained can be useful for deriving the inbred lines with diverse features and diversifying the heterotic pools.

The Impact Analysis of Front Line Demonstrations of Chickpea in Gujarat 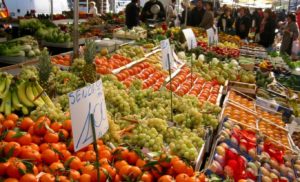 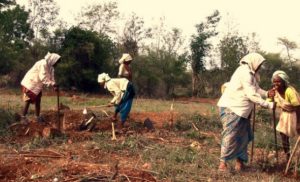 Studies on the Intake of Cl, Br, I, Se in Human Body with Food in Central Regions of the European Part of Russia 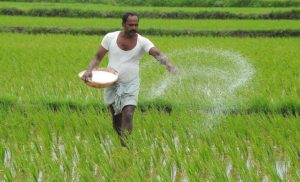 May 25, 2020
0
Production Challenges and Postharvest Practices of Groundnut in Northern Ghana: The Participatory Rural Appraisal Approach
The Diversity of Green Bean Biochemical Compounds in Robusta Coffee (Coffea canephora Pierre ex A. Froehner) as Evaluated by Near Infrared Spectroscopy: A Scientific Overview