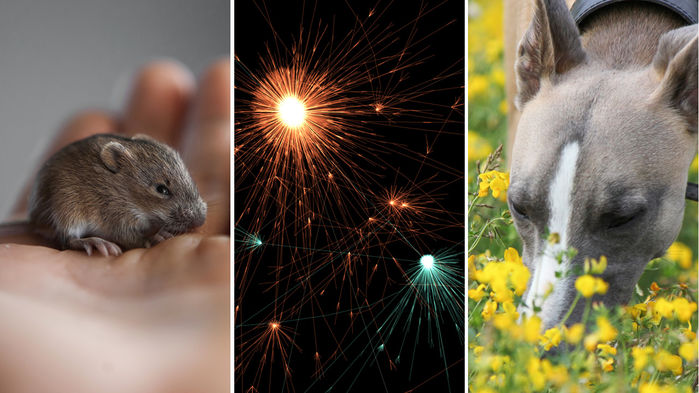 ‘Self-domesticating’ mice suggest some animals tamed themselves without human intervention

From the floppy ears of dogs to the curly tails of pigs, domesticated animals sport a different look from their wild cousins—a look that scientists long chalked up to human intervention. Now, a new study of wild mice shows that they, too, can develop signs of domestication—white fur patches and short snouts—with hardly any human influence. The work suggests that the mice are able to tame themselves, and that other animals like dogs may have done the same before they were fully domesticated by humans.

Fake news spreads faster than true news on Twitter—thanks to people, not bots

From Russian “bots” to charges of fake news, headlines are awash in stories about dubious information going viral. You might think that bots—automated systems that can share information online—are to blame. But a new study shows that people are the prime culprits when it comes to the propagation of misinformation through social networks. And they’re good at it, too: Tweets containing falsehoods reach 1500 people on Twitter six times faster than truthful tweets, the research reveals.

Over the past 20 years, evidence that adult humans can produce hundreds of new neurons per day has fueled hope that ramping up cell birth could be therapeutic. Boosting neurogenesis, researchers speculate, might prevent or treat depression, Alzheimer’s disease, and other brain disorders. But a controversial study published this week threatens to dash such hopes by suggesting that the production of neurons declines sharply after early development and grinds to a halt by adulthood.

This week’s Texas primary was the first test for scientists seeking seats this year in the U.S. House of Representatives, and the results were mixed. On the plus side, Mary Wilson, a former Austin Community College mathematics professor turned minister, has advanced to a Democratic runoff in the 21st congressional district. On the minus side, Jason Westin, a clinical oncologist seeking a chance to represent the seventh congressional district in Houston, Texas, was knocked out of the race, running third in a crowded Democratic field.

What dogs ‘see’ when they smell something

A dog searching for a lost child is typically given an item of clothing to smell. But what does that scent “look” like? Previous studies have shown that horses have mental images of their owners and other horses—based on the sounds of their voices and whinnies. But scientists know little about how smell and cognition are linked in animals that rely heavily on smell—such as dogs, elephants, and rats. Now, we have a better idea at least for our pooches: They picture what they’re searching for.