The Four Horsemen of the Apocalypse, a novel about the First World War, was written in 1916 by the
Spanish author Vicente Blasco Ibáñez. Ibáñez was a liberal intellectual and opponent to German
militarism and the Dinasty of Austria, whose kings were been intolerant and retrograde during its rule
of Spain in the Seventeenth Century. This study explores the imperialist, militarist and cultural
tensions of the Great War through Ibáñez’s novel. The formation of blocks of alliances and the
capture of rich territories, according to Lenin, translated into the juxtaposition of the German Reich—
represented historically by old Germania and the current German Empire fighting for European
supremacy—with the Latinity of Ancient Rome and the contemporary French Republic. This cultural
and ideological struggle is reflected in the novel’s characters and dialogue. Ibáñez suggests that the
1914 confrontation arose from the Franco-Prussian war of 1870. In the novel, the conflict is typified in
two opposing novelistic characters, a German and a Frenchman, who immigrate to Argentina, in
South America, to escape war and poverty. Both return to their countries of origin rich and related to
each other, having married the daughters of a rich landlord, Madariaga, although his sons have
become cousins and nephews and they face each other from opposite sides of the battlefield. World
War I is an irresistible force the magnitude of which draws together all the characters, Ibáñez was
absorbed in narrating the first year of the war, when France suffered bitter defeats, and writing about
this ongoing event led to his success in the USA, where he maintained the appreciation of the public
by quickly creating a film version of the novel.

Factors Contributing to Truancy among Students: A Correlation between Predictors 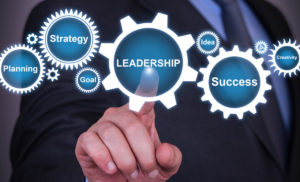 The Effects of Mindfulness Training on Wisdom in Elementary School Teachers

View on Human from Perspective of Information Age Organizations: Necessity of Trained and Developed Human Resource for Sustainability and Competition

November 9, 2019
0
Understanding the Reason of State in the Philosophical Works of Niccolo Machiavelli
A Study on the Influence of Modifications to International Programs in a Region – Focusing on the UNESCO Global Geopark Program in International and Japanese Contexts