Sorghum bicolor is an important crop of cereals grown in the tropics, subtropics, temperate regions, poor soils, and semi-arid regions. It is not easy to procure immature embryos during the year because once in their lifespan, sorghum flowering occurs. An optimum protocol for shoot formation by somatic embryogenesis using mature embryo explants has been established in this research. On Murashige and Skoog (MS) media supplemented with varying concentrations of 2,4-Dichlorophenoxyl acetate (2,4-D) ranging from 1,5 mg/l to -4,0 mg/l alone or in combination with 0,5 mg/l of Kinetin acid, Calli was initiated (KN). A difference in significance (p < 0.05) was observed between the various hormone concentrations used for callus induction. The highest percentage of callus formation was obtained from the media fortified with 4 mg/l 2, 4-D for mature embryos obtained from imbibed seed, while the media supplemented with 2 m/l 2,4-D + 0.5 mg/l kinetin (KN) reported a higher percentage of callus formation compared to the media supplemented with 2.5 mg/l2,4-D + 0.5 mg/l for preconditioned mature embryos. A higher percentage of shoot formation was obtained from the 1 mg/l 6-benzylaminopurine supplemented media (BA). In the media fortified with 1 mg/l BA, the average number of shoots per callus was also greater (2.25), but this was not substantially different from what was obtained from the media fortified with 2 mg/l BA+ 0.1 mg/l 2,4-D at a 5 percent significance level. It was found that when the mature seeds were pre-conditioned on hormone-free media before they were taken to callus induction media, better response was obtained. In conclusion, the shoot formation protocol using mature embryos was optimised. This showed that there was a possibility of enhancing mature embryo regeneration by preconditioning the mature seed prior to inoculation on hormone-free media.

Isolation of Rare Salmonella Serovars, Wangata and Penarth from Chicken in Nsukka, Nigeria

Generation and Analysis of Biogas from Some Animal and Vegetable Wastes

The Population Dynamics of the Mudskipper, Periophthalmus barbarus (LINNEAUS 1766) (TELEOSTEI, GOBIIDAE) and the Implication for Conservation and Management in the Mangrove Swamp of Iko River Estuary, Southeastern Nigeria 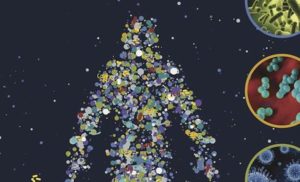