Aims: To study the Morphology, stages of maturation and histology of gonads of African pike, Hepsetus odoe from Ado Ekiti Reservoir in order to establish its reproductive biology. Study Design: Ecological and laboratory analysis were used in this study. Place and Duration of Study: Hepsetus odoe samples were collected from Ado Ekiti Reservoir. The study was carried out between August 2014 and July 2015 at the Department of Zoology and Environmental Biology Laboratory, Ekiti State University, Ado Ekiti.  Methodology: Sex of each specimen collected was determined by examination of the gonads after dissection and the ratio of male to female calculated. The egg diameter was measured using an ocular micrometer in a binocular microscope. Gonad maturity stages were assessed and classified. Stage I, Immature; II, developing; III, mature; IV, ripe and running; V, spent. The fish were dissected and the gonads at each stage of development were removed. They were prepared according to standard histological procedures. Conclusive staging of the gonads were made on microscopic examination of the stained sections and photomicrographs taken. Results: Out of 685 specimens examined 354 were males and 331 were females giving a sex ratio of 1:1.1 (female:male). There was no significant difference (P>0.05) in the sex ratio. The gonads were in pairs. All the gonad maturity stages were encountered in both male and female gonads. These stages were; immature, developing, mature (ripening), ripe and running, and spent. Histology of female ovary showed that six stages were encountered in the oogenesis, namely, oogonium, primary oocyte, primary vitellogenic oocyte, secondary vitellogenic oocyte, tertiary vitellogenic oocyte and hyaline oocyte while in male spermatogenesis five stages were present which are; spermatogonia, primary spermatocytes, secondary spermatocytes, spermatids and spermatozoa The oocyte diameter of              H. odoe is higher when compared with other freshwater fishes (the range was from 0.25 to 2.07 mean 1.74 ± 0.16 mm). Conclusion:  All the five maturation stages occurred every month throughout the study period except the spent stage (stage V) which occurred only in October and ripe and running stage (Stage IV) which was absent only in December. This indicates that H. odoe is a multiple spawner in the reservoir.

Kinetics of Methane Production from Co-digestion of Agricultural Wastes 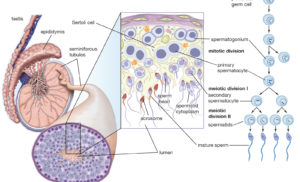 Latest News on Immobilization : May 2020 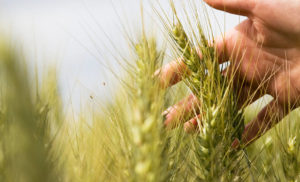 July 20, 2020
0
Antagonistic Efficacy of Lactic Acid Bacteria against the Human and Fish-borne Microbiota of Fresh Indian Mackerel Fish Chunks
Agricultural Production and Climate Change: The Scope for Innovation in the Post-COVID 19 Scenario