The Psychology of Blood Donation: Current Research and Future Directions

With an ever-increasing demand on blood supplies worldwide, there is an immense need to ensure a safe and sufficient supply of blood products. However, recruiting and retaining blood donors remain key challenges for blood agencies. In an attempt to address these problems, researchers have identified a range of sociodemographic, organizational, physiological, and psychological factors that influence people’s willingness to donate blood. Although past research has largely focused on donor recruitment, in particular, demographic variables associated with blood donation behavior, the issue of donor retention has become increasingly important. A growing number of studies have also highlighted the role of psychological factors in explaining, predicting, and promoting blood donation behavior. In line with recent trends in blood donation research, the present article reviews the contributions of, and current directions in, psychological research on blood donation attitudes and behavior, with special emphasis on donor return and repeat blood donation behavior. Although there is overlap between factors that predict the initiation and the maintenance of blood donation behavior, it is suggested that changes in motivation and the development of self-identity as a blood donor are crucial for understanding the processes whereby first-time donors become repeat donors. [1]

Background and Objectives The aim of the study was to investigate motives for donating blood as well as difficulties and obstacles associated with blood donation as perceived by the donors themselves.

Materials and Methods Six hundred consecutive blood donors (i.e. all blood donors with a history of at least one previous whole blood donation attending, during nine working days, the Blood Centre of Umeå University Hospital) received a self‐administered questionnaire that contained questions aimed at elucidating motives for donating blood (general motives for donating blood, specific motives for the first donation and motives for continuing to be an active blood donor). Questions concerning difficulties and obstacles that had to be overcome in order to continue being a blood donor were also included in the questionnaire.

Results Altogether 531 whole blood donors filled in the questionnaire (88·5%; 322 men and 209 women). No statistically significant differences were found between male and female blood donors concerning general reasons and motives related to donating blood. The most frequently reported reasons for giving blood the first time were ‘influence from a friend’ (47·2% of donors) and ‘request via media’ (23·5% of donors). Among general reasons/motives with highest ranking of importance, the most commonly reported motive for donating blood were ‘general altruism’ (40·3%), ‘social responsibility/obligation’ (19·7%) and ‘influence from friends’ (17·9%). General altruism’ and ‘social responsibility/obligation’ were also the most frequent reasons for continuing to donate blood (68·4 and 16·0%, respectively). The most commonly reported obstacle to becoming a regular blood donor was ‘laziness’ (19·1%) followed by ‘fear of needles’ (10·5%).

Conclusions Altruism was the most common general motive for donating blood and also for continuing to be an active blood donor. Yet, for the first blood donation, direct ‘influence from friends/relatives’, ‘media appeal’ and other types of recruitment were more commonly reported as reasons or motives for donating blood than altruism. The findings support the notion that different strategies should be used/adopted to get people to donate blood the first time (e.g. recruitment through other blood donors using, for example, the ‘bring a friend along’ method) and to retain these subjects as active blood donors (e.g. by information and by strengthening their sense of being a blood donor or their self‐efficacy etc.). [2]

The aging of the US population and the evidence that only about 5% of individuals in the United States donate blood each year raise concerns about the assurance of an adequate, safe supply of blood in the future. Blood donation decision making has been investigated world-wide for decades to understand the process better to increase donation efficiency, safety, retention, collection numbers, and diversity of the donor pool. This review focuses on the characteristics of allogeneic blood donors, the motivational sources in donor decision making, and the research concepts and techniques used to examine these factors. Some historic studies considered pivotal, as well as more recent surveys, may not be pertinent to or representative of the current national donor pool. Interpretation of data related to donor characteristics should examine whether demographics mirror the donor pool to assist in targeted recruitment or if targeted recruitment actually leads to the reported demographics. Few recent studies of donor motivation have been published. Modern sources of positive and negative motivation are worth exploring through scientifically sound investigations involving representative cohorts using multifactorial approaches. Strategies that focus on retaining return donors and transforming first-time donors into repeaters would be beneficial. Investigations are needed also to assess research questions and to develop well-designed interventions to test hypotheses and to produce generalizable findings applicable to future donor decision making. [3]

The Effect of Repeated Blood Donations on the Iron Status of Male Blood Donors in Enugu State, Nigeria

Background: One of the biggest challenges in blood donation particularly in Nigeria is the recruitment and retention of voluntary non-remunerated, low cost blood donors.

Aims: The aim of this study is to determine the effect of repeated blood donations on iron stores and the prevalence of iron deficiency anaemia among the male blood donors in the Enugu State, Nigeria.

Study Design: In this case-control study, two hundred and twenty three randomly selected male blood donors, were grouped into six categories according to the number of units of blood donated in one year, two years, three years and the last group were on their 4th year.

Methodology: Prior to blood donation, blood samples of 202 directed/regular male blood donors and twenty one apparently healthy men with no previous history of blood donation (aged 18-40years) were collected. Donors were grouped into 0, ≤ 3, 4-6, 7-9, 10-12 and > 13 categories based on the number of units of blood donated.

Conclusion: This study showed that iron deficiency anaemia in blood donors can occur as a result of increase in number of units of blood donated and also based on iron status of individual at time of donation. Based on findings of this study ferritin test should be done on all male blood donors in Enugu before donating any unit of blood to find out the appropriate time to start iron supplement. [4]

Impact of Some Socio-demographic Characteristics, Motivation and Attitudes towards Blood Donation of Hospital-based Blood Donors as Determinants of Safe Blood in Nigeria

Background: Voluntary non-remunerated blood donors (VNRBD) that provide safe blood needed to save lives and improve health or used as a necessary adjunct to emerging modern Medicare are scarce in Nigeria.

Aim: To assess the contribution of donor socio-demographics characteristics, motivation and attitudes towards blood donation as guide to safe donor identification, recruitment and retention as VNRBD in Nigeria.

Materials and Methods: A total of 440 blood donors who met the minimum criteria to donate blood in Nigeria were enrolled and their serum screened for HIV using a combined HIV antigen-antibody Enzyme Linked Immuno-sorbent Assay (GENSCREEN®PLUS HIV Ag- Ab ELISA). The relevant characteristics were assessed together with their HIV sero-status.

Conclusion: The educational attainment of a predominant youthful blood donor population at hospital-based blood banks in Nigeria is significantly associated with blood safety. There is a need for extensive educational campaign on blood donation at establishments and gatherings where this study group can be found including schools, community/age-group meetings, religious houses and social youth organizations. The medium of communication should be vernacular and languages best understood by these potential blood donors and may include radio, television and advertisements in different social media outlets. It is by these proactive measures that, Nigeria’s target of achieving 100% VNRBD supply by 2020 will be achieved. [5] 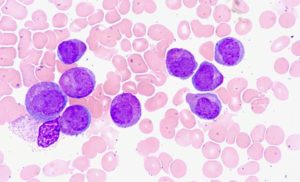