Analysis of the Nature of Photon Based on Particle-Wave Structure, Size, Unification of Duality

Analysis of the Nature of Photon Based on Particle-Wave Structure, Size, Unification of Duality

Photon has many basic properties, such as  , spin ,…, wave particle duality and so on. But, what structure, what mechanism can make the photon having such basic properties? This work is a proof of that the quantisation of electromagnetic energy is actually the result of Maxwell theory itself.

The object of the study is a slim ordinary symmetrical electromagnetic wave beam. The study does not presuppose it having any relation with the photon and quantisation. The study aims to find out the properties of the symmetrical wave beam. Based on the experimental evidences, well known theories and theoretical reasoning, the study has proved that the beam is composed of an (energy)  -packet and a closely connected (electromagnetic)  -wave.   -packet is a slim circular polarized light wave wrapped by a cylindrical side membrane. Helical structure of E,H plus speed c do make the   -packet itself to have a lot of basic properties that are almost as same as the photon’s like  , spin  …, include photon size. Combination of  -packet and  -wave makes the train having both particle property and wave property at the same time, not “exhibit different characters for different phenomenon”. They play role together in the processes of radiation, absorption and diffraction [1,2].  Such combination can be reasonably treated as a photon and vise versa.

On the basis of Maxwell theory and the principle of charges quantisation, the study proved that for any specific frequency, a slim symmetrical electromagnetic wave beam of minimum energy is composted of (energy)  -packet and (electromagnetic)  -wave.   -packet is a wave train of length L and covered by a side membrane of special material. The train possesses basic characters as the photon:   , spin  , duality, … and satisfies the Maxwell (Schrodinger) equation.

The study proves the existence of photon trains in the stimulated emission.

Improved Dual Electrothermal Microgripper based on a Chevron actuator

The Brazilian Caatinga Biome and Its Biotechnological Potential

The Calculation of H-X Strength of Bonds in Some Hydrides of Certain Atoms of Mendeleev’s Periodic Table, Hydrocarbons and Different Carbohydrates

The Population Dynamics of the Mudskipper, Periophthalmus barbarus (LINNEAUS 1766) (TELEOSTEI, GOBIIDAE) and the Implication for Conservation and Management in the Mangrove Swamp of Iko River Estuary, Southeastern Nigeria 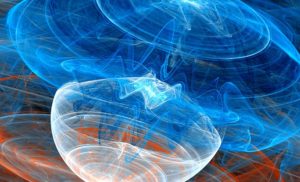 Particles Have Been Entangled ‘on Demand’ For The First Time, And It’s a Game Changer

Consumption, “Tourism-Merchandise” and Actor-Network Theory: The Cartography of Controversies and the Case of Telegraph Rock Trail – RJ