Aims: The first aim of the present study was to detect the amplification of both pairs, coa and mecA genes by duplex PCR in MRSA from Mexican patients with NI and the comparison of these results versus three routinely phenotypic MRSA-detection methods.The second aim of this study was to apply duplex PCR to exclusively detect the same pair of genes for MRSA or MRSE strains from patients with NI in several national hospitals.

Place and Duration of Study: Department of Public Health, Faculty of Medicine, National Autonomous University of Mexico (UNAM) in collaboration with six General Hospitals belonging to the Health Care & Social Services Institute for Workers (ISSSTE), the first one HGC (Hospital Gonzálo Castañeda Escobar), during a year span of August of 2004 to December of 2005, the second study was performed through an extension of a collaborative study of the five hospitals (CMN20N; FQG; LALM; GIZ & 1°Oct), during a year period of May of 2012 through November of 2013 and the seventh hospital from the third collaboration study through the National Institute of Perinatology (INPer), during a time period of August of 2012 through December of 2013.

Methodology: Among SA from HGC (n=100) strains isolated from patients with NI, 40% were MRSA. All SA strains were tested by various methods: cefoxitin (Cfx) disk-diffusion assay (DD), automated MicroScan System (MS), Oxacillin (Ox) (range 0.5 – 4.0 µg/ml) minimum inhibitory concentration (MIC), PBP2a latex agglutination test (LA) (Oxoid) and the molecular amplification by PCR of the coa and mecA genes. SA strains were previously identified by MS, and both the tube coagulase (TCT) and mannitol (MT) tests. From the second and third collaborative study, a total of 345 staphylococci strains were isolated from ISSSTE´s hospitals and INPer´s hospitals,129 SA strains from ISSSTE and 246 SE strains from INPer. These clinical (SA or SE) strains were first phenotypical characterized in both health institutions and immediately after were molecularly characterized by Duplex PCR detection of species-specific and antibiotic-resistance genes, in the Public Health Laboratory at UNAM.

Conclusions: Molecular detection by PCR-duplex of specie specific coa genes and antibiotic resistance mecA genes by duplex PCR in MRSA and MRSE strains, is a very useful and powerful method to rapid and precisely discriminate typical MRSA and MRSE strains in the laboratory. A Cfx-DD test performed much better for detection of MRSA strains than those using OX-MS and LA. Both assays, Cfx-DD and PCR-duplex, represent a simple, rapid, reliable approaches for the detection of methicillin resistant staphylococci and could be applied to all national hospitals, to implement fast and adequate anti-MRSA and anti-MRSE therapy. Higher percentages of MRSA strains (88% vs. 43%) were isolated from ISSSTE´s hospitals than in INPer´s hospitals, could be due to the age of patients studied, mainly neonates from INPer than older patients from ISSSTE´s hospitals.

Preparation of Bisoprolol Impurity A of High Quality

Beta-Lactamase Production among Uropathogens: An Overview of Consistent Triggers and Current Epidemiological Scenario

On the Proof Complexities of Strongly Equal Non-classical Tautologies

Tuberculosis of the Ankle Joint: An Uncommon Presentation of Skeletal Tuberculosis 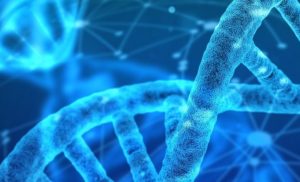