Recent genomic approaches have suggested the existence of multiple distinct subtypes of medulloblastoma. We studied a large cohort of medulloblastomas to determine how many subgroups of the disease exist, how they differ, and the extent of overlap between subgroups.

We determined gene expression profiles and DNA copy number aberrations for 103 primary medulloblastomas. Bioinformatic tools were used for class discovery of medulloblastoma subgroups based on the most informative genes in the data set. Immunohistochemistry for subgroup-specific signature genes was used to determine subgroup affiliation for 294 nonoverlapping medulloblastomas on two independent tissue microarrays.

While molecular subgrouping has revolutionized medulloblastoma classification, the extent of heterogeneity within subgroups is unknown. Similarity network fusion (SNF) applied to genome-wide DNA methylation and gene expression data across 763 primary samples identifies very homogeneous clusters of patients, supporting the presence of medulloblastoma subtypes. After integration of somatic copy-number alterations, and clinical features specific to each cluster, we identify 12 different subtypes of medulloblastoma. Integrative analysis using SNF further delineates group 3 from group 4 medulloblastoma, which is not as readily apparent through analyses of individual data types. Two clear subtypes of infants with Sonic Hedgehog medulloblastoma with disparate outcomes and biology are identified. Medulloblastoma subtypes identified through integrative clustering have important implications for stratification of future clinical trials. [2]

Medulloblastoma is the most common childhood primary CNS tumor, and treatment approaches have evolved over the past three decades. The biologic under-pinnings of medulloblastoma are not fully characterized, but recent work has identified new, important directions for research. Stratification of patients with medulloblastoma into risk groups is the backbone of most ongoing therapeutic studies. Patients are usually characterized as being either average risk or poor risk, although an intermediate risk group may exist. Standard treatment for older children with medulloblastoma consists of radiation and, for most, chemotherapy. Children with nondisseminated disease at the time of diagnosis have been reported to have as high as an 80% five-year disease-free survival rate after treatment with reduced dose (2340 cGy) craniospinal irradiation, local boost radiation therapy (5500 cGy), and chemotherapy, given during and after radiation therapy. Preradiation chemotherapy has yet to be shown to be of benefit for children with medulloblastoma. Children with disseminated disease are a highly problematic subgroup of patients to treat. A variety of new approaches are being studied, most of which are intensifying chemotherapy either prior to or after radiation. Long-term survivors of medulloblastoma are at significant risk for permanent endocrinologic, cognitive, and psychological sequelae. Infants and very young children with medulloblastoma remain a difficult therapeutic challenge because they have the most virulent form of the disease and are at highest risk for treatment-related sequelae. [3]

Aims: This is to investigate the results of the multimodality regimen including surgery, postoperative craniospinal irradiation and clarify the role of chemotherapy as well as the influence of multiple variables on desmoplastic medulloblastoma patient’s survival.

Place and Duration of Study: It took place in the period between January 2001 and Sept 2015 at Neurosurgery and Clinical Oncology & Nuclear Remedies Departments of Mansoura university Hospital.

Results: The median age was 17.8 years, (range 3-41) with male to female ratio was (1.5:1). The most dominating symptoms were vomiting (82%) and throbbing headache (71.4%). The positioning of tumor was lateral in 64.3% and midline in 35.7%. The total resection of the tumor was achieved in 17 (60.7%) patients. All patients received craniospinal irradiation. The median dosage to the posterior fossa was 54 Gy (range 49- 56 Gy). 71.4% of the patients received adjuvant chemotherapy. The median follow-up was 52.3 months (range 25 -120). Five years’ overall survival rates were 71.4% and 67.8% respectively.8 patients developed relapse. Posterior fossa was the commonest site for relapse (21.4%). Brain stem infiltration was bad prognostic factor (p= 0.006). The extent of surgical resection can be considered a good prognostic factor (p=0.004). Age, sex and tumor location did not significantly affect the results of survival. One of the most reported side effect was substantially, sensory neuropathy, nausea, vomiting, fever and neutropenia.

Conclusion: Patients with desmoplastic medulloblastoma being given chemotherapy adjuvant to surgical resection and radiotherapy (Multimodality approach) remain alive longer than patients who had management of surgery and radiotherapy only although brain stem infiltration, large post-operative residual are often associated with poor prognosis. [4]

Background: Medulloblastomas are the most common infratentorial malignant brain tumors with an incidence rate of 0.5 in 100.000 typically arising in childhood at age 5-9 years.

Aim of Work: Exploring the epidemiological characteristics, treatment outcome and prognostic factors of medulloblastoma patients whom were referred to Mansoura Clinical Oncology &Nuclear Medicine Department for adjuvant treatment through the period from Jan. 1997 to Dec. 2011 inclusive.

Patients and Methods: Sixty-Two patients records were in harmony with the eligibility criteria . Males were slightly larger in number [33 cases (53%)]. The majority of the cases were of pediatric age (42 patient representing 68%). Complete resection was possible in only 31 cases (50%).The classic type was the commonest [36 cases (58%)]. The majority were of the of M0 stage [52 cases (84%)] and of high risk category [37 cases (60%)]. Median dose to posterior fossa was 52.5 Gray (range, 43-56 Gray). The Chemotherapy was administrated in forty-seven patients (75.8%). The toxicity of treatment were graded according to the National Cancer Institute Common Terminology Criteria for Adverse Events (version 3.0).

Conclusion: In conclusion, this study highlights the effect of stage, completeness of surgery, and early initiation of adjuvant radiotherapy on the outcome. [5] 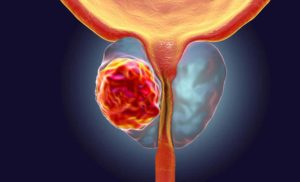 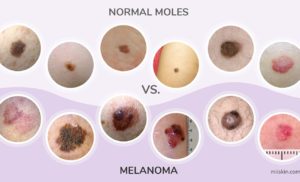