Court of Accounts are an integral part of the institutional structure in democratic societies. The duties and structures of them, which are indispensable organs of parliamentary democracy, vary according to the legal tradition, culture, regional relations, political systems, historical development and language of countries. In democratic countries, the Court of Accounts, which are independent supervisory bodies, are responsible for the budgetary oversight. Court of Accounts generally have played an important role in controlling how public revenues are spent and the functioning of the financial system.

Court of Accounts are the higher audit institutions responsible for the supervision of public expenditures at the national level. They ensure the effective use of public resources and the formation of a strong public financial management structure through the audits they perform. In addition, they ensure the creation of a more transparent and accountable structure in public financial management through the publication of independent reports.

The basis of today’s representative democracies lies in the struggle of the representatives of the people against the executive authorities in order to have a voice and decision in determining the public revenues and expenditures. The Court of Accounts are specialized institutions that arise from the emergence of parliaments and acquiring the right to budget, as well as the need to audit resources allocated to the executive on behalf of the parliament by budget laws. Moving from Turkey on this issue, examination of the characteristics and mode of operation of Court of Account audits in Turkey together with the presidential system in recent years is the main objective of this study. In this study, various recommendations and assessments about the Court of Account and its audit are presented by considering the differences between the legislation and the implementation of its audit.

Research on the Causes, Case Studies and Logic in Current Trends of Outsourcing Practice in Government and Business

Managing Human Capital: How to Use Knowledge Management to Transfer Knowledge in Today’s Multi-Generational Workforce

Impact of Finger Millet Varieties on Yield and Income of the Farmers in Mandya District, Karnataka 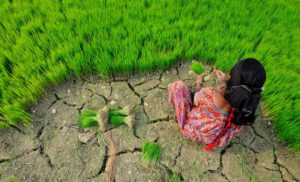 A Non-financial Assessment: Performance of Micro and Small Scale Agribusinesses in Northern Region of Ghana

The Impact of Information Technology on Total Factor Productivity