Small hydro power: technology and current status
Hydropower, large and small, remains by far the most important of the “renewables” for electrical power production worldwide, providing 19% of the planet’s electricity. Small-scale hydro is in most cases “run-of-river”, with no dam or water storage, and is one of the most cost-effective and environmentally benign energy technologies to be considered both for rural electrification in less developed countries and further hydro developments in Europe. The European Commission have a target to increase small hydro capacity by 4500MW (50%) by the year 2010. [1]

Human population growth, economic development, climate change, and the need to close the electricity access gap have stimulated the search for new sources of renewable energy. In response to this need, major new initiatives in hydropower development are now under way. At least 3,700 major dams, each with a capacity of more than 1 MW, are either planned or under construction, primarily in countries with emerging economies. These dams are predicted to increase the present global hydroelectricity capacity by 73 % to about 1,700 GW. [2]

This paper proposes the utilization of water storage ability to improve wind park operational economic gains and to attenuate the active power output variations due to the intermittence of the wind-energy resource. An hourly-discretized optimization algorithm is proposed to identify the optimum daily operational strategy to be followed by the wind turbines and the hydro generation pumping equipments, provided that a wind-power forecasting is available. The stochastic characteristics of the wind power are exploited in the approach developed in order to identify an envelope of recommended operational conditions. Three operational conditions were analyzed and the obtained results are presented and discussed. [3]

There is an increasing need in the field of water resource management to study ways to harmonise multiple user demands. This study investigates the interface among various users of the Piabanha River basin in the state of Rio de Janeiro, in particular the implications for the electricity sector of increasing upstream consumption by other water users. To estimate future losses of generation capacity as a function of growing use of water resources, we applied a mathematical model called Simulation System for Power Plants with Consumptive Water Uses (SisUCA in the Portuguese abbreviation), considering both the existing power plant cascade and the likely future configuration with the inclusion of new projects under construction and in the planning phase, along with projections for future water demand by other users. There was some difficulty in obtaining data about the basin, but this did not impair validation of the model, which converged to results that provide support for shared management of multiple water uses. Among the results attained, it is possible to state that 75% of the maximum usable water is already being utilised, thus leading to the conclusion that water conflicts are likely in the near future. [4]

The basic operational parameters of a simplified pico-hydropower system with provision for water recycling were investigated. Five simplified turbine of runner diameters 0.45, 0.40, 0.35, 0.30 and 0.25 m were designed, locally fabricated, and tested in conjunction with five PVC pipes of diameters 0.0762, 0.0635, 0.0508, 0.0445 and 0.0381 m as penstocks. Five simple nozzles of area ratios 1.0, 0.8, 0.6, 0.4 and 0.2 were fabricated for each penstock diameter. The turbines were successively mounted at the foot of an overhead reservoir such that the effective vertical height from the outlet of the reservoir to the plane of the turbine shaft was 6.95 m. A 1.11 kW electric pump was used to recycle the water downstream of the turbine back to the overhead reservoir. [5]

[4] Chiappori, D.V. and de Azevedo, J.P.S., 2016. Interface between Hydropower Generation and Other Water Uses in the Piabanha River Basin in Brazil. Current Journal of Applied Science and Technology, pp.1-10.

Properties of MgFe2O4 Nanocrystallites to Bulk

Critical Research on the Analysis of Graphene Nanoribbons Passivated with Gold, Copper and Indium

Quality of the Spermatozoa of the Giant Grouper Epinehelus lanceolatus (Bloch, 1970) after Freezing and the Effect of Egg Yolk as a Natural Cryoprotectant 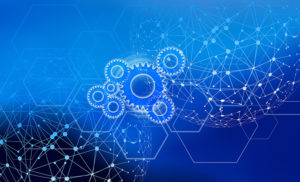