The majority of terrestrial magnetism models aim to explain why the Earth’s main magnetic field at the poles is of the order of 1 Oe. Such a suggestion about the fundamental issue of models of terrestrial magnetism today is unreasonable. Space flights and the development of astronomy show that the magnetic moments of all the planets of the solar system, some of their satellites and a number of stars, are proportional to their angular moments, a remarkable and previously unknown fact. Therefore, these geophysical problems have become a special case of a more general problem of celestial body magnetism. This reality makes it appropriate to reformulate the primary task of the terrestrial magnetism model and the whole of the Earth. It should explain, firstly, why the Earth’s magnetic moment, as well as that of other space bodies, is proportional to its angular momentum, and, secondly, why the coefficient of proportionality is similar to the ratio of world constants to         G1/2/c. This involves rethinking the model of the Earth’s internal structure and reformulating the main goals of terrestrial magnetism, while it must be clarified why the ratio of the Earth’s magnetic moment to its torque, as well as that of other celestial bodies, is similar to the ratio of the G1/2/c universal constants. In the theory discussed, it is shown that having its centre made up of dense electron-nuclear plasma with constant density and temperature is energetically favourable for hot stars. It is shown that having the core made of dense electron-ion plasma is energetically advantageous for the Planet. At that point, the measured parameters are in line with the results of the measurement. 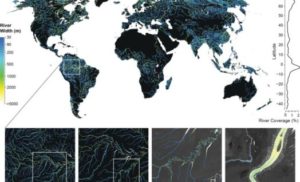 Occupational Health and Safety of Workers in Certain Work Environment in Enugu, Nigeria under COVID-19 Pandemic

Recent Investigation on Hydrogeology of the Basin Granitoids in the Sekyere South District of Ashanti Region, Ghana