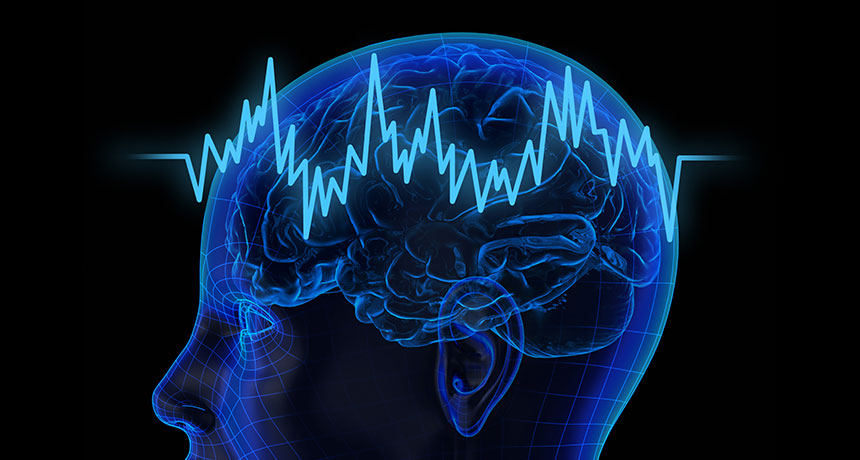 We can’t see it, but brains hum with electrical activity. Brain waves created by the coordinated firing of huge collections of nerve cells pinball around the brain. The waves can ricochet from the front of the brain to the back, or from deep structures all the way to the scalp and then back again.

Researchers have long argued over whether these waves have purpose, and what those purposes might be. Some scientists see waves as inevitable but useless by-products of the signals that really matter — messages sent by individual nerve cells. Waves are simply a consequence of collective neural behavior, and nothing more, that view holds. But a growing body of evidence suggests just the opposite: Instead of by-products of important signals, brain waves are key to how the brain operates, routing information among far-flung brain regions that need to work together.

MIT’s Earl Miller is among the neuro­scientists amassing evidence that waves are an essential part of how the brain operates. Brain oscillations deftly route information in a way that allows the brain to choose which signals in the world to pay attention to and which to ignore, his recent studies suggest.

Other research supports this view, too. Studies on people with electrodes implanted in their brains suggest brain waves, and their interactions, help enable emotion, language, vision and more.

When these waves are abnormal, brainpower suffers, studies find. Detailed looks at how the brain uses these waves raise the possibility of tweaking the signals with electrical nudges — interventions that could lead to therapies that can correct memory problems and mental illness, for instance. Already, early attempts have led to improvements in people’s memory.

These insights about brain waves coincide with a shift in neuroscience away from a view that reduces the brain down to the behavior of single nerve cells, or neurons. That’s like thinking of the brain as “a giant clock, and if you figure out each gear, you’ll figure out the brain,” Miller says. But “it’s not just individual neurons in a giant clock. It’s networks interacting in a very dynamic, fluid way.”