Everything you need to know about nicotine 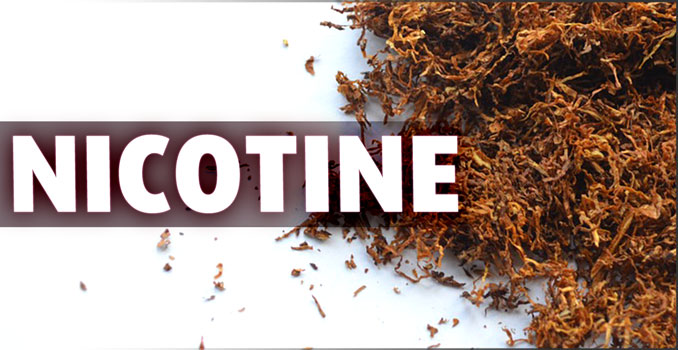 While not cancer-causing or excessively harmful on its own, nicotine is heavily addictive and exposes people to the extremely harmful effects of tobacco dependency.

Smoking is the most common preventable cause of death in the United States.

Here are some key points about nicotine. More detail and supporting information is in the main article.

The tobacco plant is indigenous to the Americas and has been used as a medicine and stimulant for at least 2,000 years.

It is not known how tobacco first reached Europe. However, Christopher Columbus is often thought to have discovered tobacco while exploring the Americas for the first time.

Nicotiana tabacum, the type of nicotine found in tobacco plants, comes from the nightshade family

The smoking of pipes and cigars spread quickly throughout the 1600s. The plant divided opinion when it was introduced to Europe. Some saw tobacco as medicinal, while others saw it as toxic and habit-forming.

The tobacco industry grew throughout the 1700s, and exploded in 1880 when a machine was first patented to mass-produce paper cigarettes. From then on, cigarettes became much easier to produce, and this saw in the dawn of the major tobacco corporations.

Tobacco was first used as an insecticide in 1763.

In 1828, Wilhelm Heinrich Posselt, a doctor, and Karl Ludwig Reinmann, a chemist, both from Germany, first isolated nicotine from the tobacco plant and identified it as a poison.

By the end of the 19th century, lawmakers had begun to realize the harmful effects of nicotine. Laws were passed banning stores from selling nicotine to minors in 26 states by the year 1890.

It was not until 1964 that the Surgeon General of the U.S. published a study linking smoking with heart disease and lung cancer. The U.S. Food and Drug Administration (FDA) took until 1994 to officially recognize nicotine as a drug that produced dependency.

Even after this landmark recognition, the FDA was not granted control over nicotine regulations by the Supreme Court until June 22nd, 2009. On this day, the Family Smoking Prevention and Tobacco Control Act gave the FDA the power to regulate the production and advertisement of tobacco products.

Nicotine has a range of effects on the body.

Nicotine is both a sedative and a stimulant.

When a body is exposed to nicotine, the individual experiences a “kick.” This is partly caused by nicotine stimulating the adrenal glands, which results in the release of adrenaline.

This surge of adrenaline stimulates the body. There is an immediate release of glucose, as well as an increase in heart rate, breathing activity, and blood pressure.

Indirectly, nicotine causes the release of dopamine in the pleasure and motivation areas of the brain. A similar effect occurs when people take heroin or cocaine. The drug user experiences a pleasurable sensation.

Dopamine is a brain chemical that affects emotions, movements, and sensations of pleasure and pain. If your brain dopamine levels rise, the feeling of contentment is higher.

Depending on the dose of nicotine taken and the individual’s nervous system arousal, nicotine can also act as a sedative.

As users become more tolerant to nicotine, they require higher doses to enjoy the same effects.

When humans, mammals, and most other types of animals are exposed to nicotine, it increases their heart rate, heart muscle oxygen consumption rate, and heart stroke volume. These are known as pharmacologic effects.

Consuming nicotine is also linked to raised alertness, euphoria, and a sensation of being relaxed.

Studies have shown that nicotine appears to improve memory and concentration. It is thought that this is due to an increase in acetylcholine and norepinephrine. Norepinephrine also increases the sensation of wakefulness, or arousal.

Nicotine results in increased levels of beta-endorphin, which reduces anxiety.

How the body processes nicotine

After inhaling tobacco smoke, nicotine rapidly enters the bloodstream, crosses the blood-brain barrier, and reaches the brain within 8 to 20 seconds. Within approximately 2 hours after entering the body, half of the nicotine has gone.

How much nicotine may enter a smoker’s body depends on:

Tobacco products that are chewed, placed inside the mouth, or snorted tend to release considerably larger amounts of nicotine into the body than smoking.

Nicotine is broken down in the liver.

Tolerance increases with the amount of nicotine consumed and people require higher doses to enjoy the same initial effects. As most of the nicotine in the body leaves the body during sleep, tolerance may have virtually disappeared first thing in the morning.

Nicotine has less of an effect as the day progresses because of the buildup of tolerance.