Scientists Just Discovered How Water Gets From Blood Into The Brain 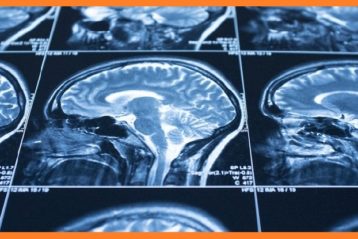 Scientists have identified the means by which water in our blood supply crosses over to the brain, where it becomes the cerebrospinal fluid that surrounds and protects one of our most precious organs.

Every day, about half a litre of water is transported from our blood in this way, but while researchers knew a thin tissue in the brain called the choroid plexus was involved in this process, they didn’t understand how so much cerebrospinal fluid (CSF) could be produced. Now, we may finally have the answer.

“It is brand-new knowledge on a very important physiological process involving by far the most complex organ in the human body,” says neuroscientist Nanna MacAulay from the University of Copenhagen in Denmark.

It used to be thought that osmosis and associated forces regulated how water passed into the brain to produce cerebrospinal fluid, but as MacAulay’s team explains, a number of existing studies have helped demonstrate that “osmotic water transport does not suffice to sustain the rates of CSF production consistently observed in mammals”.

To investigate what mechanism could be driving the phenomenon, MacAulay and fellow researchers studied a mouse model where the conditions required for osmotic water transport were absent.

By inhibiting osmotic water transporters in the brains of live mice, the team found a previously unknown ion transporter called the NKCC1 co-transporter; it turned out to be responsible for approximately half of CSF production.

If the same molecular channel can be manipulated in humans, it could provide a revolutionary way of accessing and controlling the water system of the brain, easing pressure without resorting to invasive surgical operations – such as drilling holes in the cranium to drain fluid, and even removing pieces of the skull.

“If we are able to target this ion and water transporter with medicine, it would affect a number of disorders involving increased intracranial pressure, including brain haemorrhage, blood clots in the brain, and hydrocephalus,” MacAulay says.

Of course, it’s always impossible to guarantee that the results seen in animal studies will be replicated in research with human patients, but here the team is hopeful, mainly because the protein structure of the choroid plexus is similar.

If they’re right, it could result in what the researchers describe as a “paradigm shift in the field”, giving us a therapeutic target to treat brain pathologies involving increased pressure in events such as strokes, along with other serious cases where patients currently have few (or zero) non-invasive options.

“Of course, it would be ground-breaking if we were able to use this mechanism as a target for medical treatment and turn down the in-flow of water to the brain to reduce intracranial pressure,” MacAulay says.

“At worst, the patient may suffer permanent damage and even die as a result of increased pressure. Therefore, this basic mechanism is an important find to us.”

Now that we know that CSF production depends on more than just osmotic gradients, the researchers say the next steps are to find how this water flow channel can be controlled in the basolateral membranes of cells, getting us another step closer to maybe one day helping patients whose brains are getting dangerously pressurised.