Why Women Lose Interest in Sex 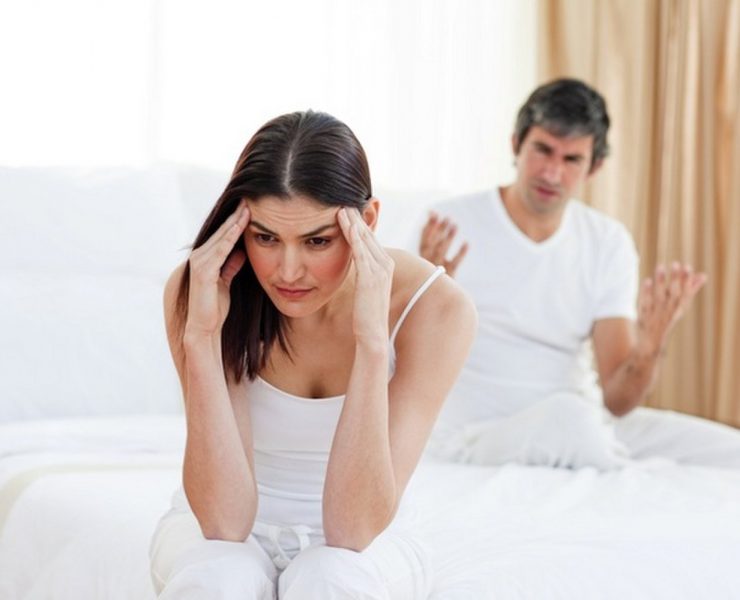 New research is demonstrating what many people already knew from experience: Women lose interest in sex over time, while men don’t.

The finding has the potential to help couples, the researchers said. Knowing that many women’s sexual desire diminishes over the course of a relationship could encourage both partners to be more realistic about their sex lives, and could help them weather the changes in desire as they occur.

Sex researchers Sarah Murray and Robin Milhausen, both of the University of Guelph in Ontario, Canada, asked 170 undergraduate women and men who had been in heterosexual relationships for anywhere from one month to nine years to report on their levels of relationship satisfaction, sexual satisfaction and sexual desire. Desire was scored using an established model called the Female Sexual Function Index, which ranges from 1.2 to 6.0.

The participants reported being generally satisfied with their relationships and sex lives, but women reported lower levels of desire depending on the length of their relationship. “Specifically, for each additional month women in this study were in a relationship with their partner, their sexual desire decreased by 0.02 on the Female Sexual Function Index,” the authors wrote online Jan. 23 in the Journal of Sex & Marital Therapy.

In fact, relationship duration was a better predictor of sexual desire in women than both relationship and sexual satisfaction. While the 0.02 decrease in female desire was small, it contrasts with male desire, which held steady over time, the researchers said. [6 Scientific Tips for a Happy Relationship]

Scientists have disagreed on what happens to desire over the course of a relationship. “Some researchers suggest that both men’s and women’s desire would decrease over time as relationships move from passionate love to compassionate love,” said Murray, the lead study author and a doctoral candidate in human sexuality.

Yet evolutionary theorists predict that male desire should remain perpetually high in order for them to produce many offspring, while female desire should decrease as their attention turns, historically, toward child-rearing.

The new research points toward the latter theory, although longer-duration studies on different groups of people are still needed, Murray said.

Hormonal changes that occur as couples move from the passionate early stage to the compassionate later stage into monogamous relationships sometime between six and 30 months may also mediate changes in desire over time. Pharmaceutical companies are currently researching the impact of testosterone on women’s desire, but so far, the results have been inconclusive.

Hormones are only part of the story, Murray told LiveScience. “Although they are one piece of the sexual desire puzzle, focusing too heavily on hormones can remove the contextual factors that play into desire, such as whether or not a woman is in a satisfying, loving relationship, and if she has time to feel relaxed, playful and sexy,” she said.

The results could help researchers understand why women who seek sex therapy complain of low desire more than any other problem. Differences in levels of desire within couples, known as desire discrepancy, is a growing area of interest for therapists.

“The concept of an absolute level of ‘normal’ or ‘low’ sexual desire is being replaced by the view that low sexual desire is relative to one’s partner’s level of desire,” Murray said. But although desire discrepancy is known to negatively affect overall sexual and relationship satisfaction, very little else is understood about it, such as whether it contributes significantly to infidelity or breakups.

She added that normalizing the fact that sexual desire may decrease over time may help both sexes to understand that this decrease does not necessarily mean anything is intrinsically wrong with their relationship, and may help couples put more effort into their sexual relationship.

“When an individual has had sex with their partner over the course of many, many years, it takes creativity and openness to keep things fresh and exciting,” Murray said. “Making time to be together and keep one’s sex life as an important part of one’s relationship is very important, and putting in effort and keeping things fun and interesting are crucial components.”

The researchers cautioned that longer-term studies of desire that include older couples could show different results. Younger women may report decreased desire as they experience their first relationship move away from the “honeymoon phase,” for example.

They may also not have experienced some of the benefits of longer-term relationships that may increase desire, such as going on romantic vacations, getting engaged, learning more about their sexual likes — and feeling comfortable sharing those likes with their partner. [5 Ways Relationships Are Good for Your Health]

Murray added that the self-reported nature of the study could have also skewed the results. “It has been theorized that men may be less inclined to admit that they have low desire as this is considered against male gender norms and masculinity,” she said. “Thus, it may be that men are not accurately reporting their level of desire and they may too experience a decrease.” Murray is preparing to study whether men accurately report their levels of desire.