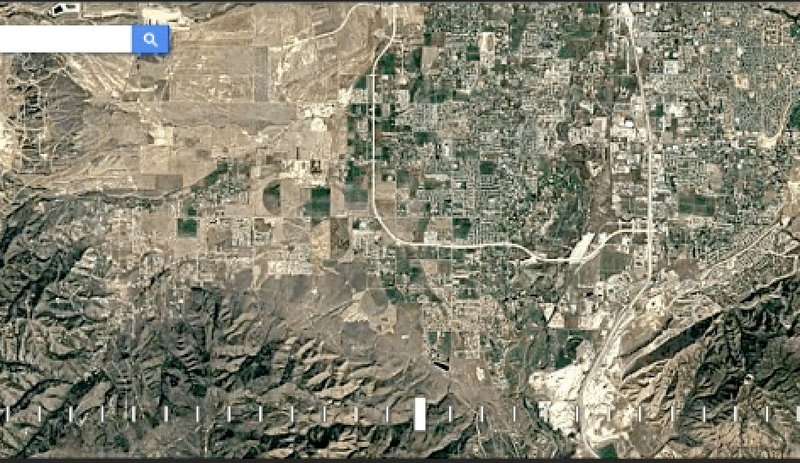 In February 2001, before the Olympic cauldron in Salt Lake City roared to life and focused the world’s spotlight on Utah, scientists at the University of Utah placed the first of several carbon dioxide (CO2) sensors atop a building on campus.

CO2 is a key greenhouse gas leading to anthropogenic climate change, with cities around the world as major emitters of CO2.  Now five CO2 sensors monitor the air at sites on the Salt Lake Valley floor. It’s the only multisite urban CO2 network in the world with more than a decade of continuous measurements- and it’s showing how urban and suburban growth impacts a metro area’s CO2 emissions.

In a study published in Proceedings of the National Academy of Sciences, a team led by atmospheric scientists Logan Mitchell and John Lin report that suburban sprawl increases CO2 emissions more than similar population growth in a developed urban core.

“The general thought is that more compact cities on a per capita basis emits less carbon,” Lin says. “Some of these cities also have these expanding fringes. These places are less ‘green’, so to speak. That expanding frontier is moving.”

From the first sensor, placed atop the eight-story William Browning Building on the U campus, the network has expanded to include sensors in the Sugarhouse (placed in 2005), Murray (2005) and Rose Park (2009) areas, all well-established urban and suburban neighborhoods in the northern Salt Lake Valley. A sensor placed on Hidden Peak, at the top of the Snowbird ski resort in the Wasatch Mountains, measures background CO2 levels.

CO2 sensors require resource-intensive maintenance and calibration, factors that may explain why few other cities have multisite networks. Lin says the primary driving force in creating the network, however, was a forward-thinking vision among U researchers led originally by Jim Ehleringer, Diane Pataki and Dave Bowling in the biology department. Because of that vision, Lin says, “We know more about CO2 in the Salt Lake Valley than any other urban area. We are one of the leading urban CO2 networks, and the U is at the center of that.”

See the locations of sensors used in this study here.

An additional sensor was placed in the southwest corner of the valley, intended to represent rural areas. But that sensor, located in what is now the Daybreak community, has yielded some of the most interesting results. Although the area consisted of open fields when the sensor was first placed in 2004, it’s now a bustling, developed area home to more than 13,000 people.

“You’re going from a land surface type where there’s no people around and you have suburban expansion into this undeveloped land,” Mitchell adds. “It’s changing the CO2 emission framework quite a bit.”

The Daybreak sensor provided an opportunity to directly compare the effect of population growth on emissions in different land-use areas. Over the same time that population in the southern part of the Salt Lake Valley and neighboring Utah Valley exploded, Salt Lake City grew by around 10,000 people. But the growth in CO2 emissions wasn’t comparable with the growth associated with suburban expansion in the southern end of Salt Lake Valley.

The research team concluded that population growth does not directly correlate with growth in CO2 emissions. Other factors, specifically the types of neighborhoods where population is growing, are much bigger factors.

“In the more urban area, there’s population growth there, but it’s in the mature part of the city, not associated with growth in CO2,” Mitchell says. But it’s this population growth in rural areas that is seeing an increase in CO2 emissions. If you add more people into downtown Salt Lake City, they’re going into an existing place.”