Water waves were produced in a laboratory wave flume that propagated and broke as plunging waves on a 1:20 beach slope. In order to distinguish changes in wave dynamics as the waves propagated from deep water to the shore, free surface elevation time series were then measured along the flume. A pair of parallel-wire capacitive wave gauges were used to measure free surface elevations at various locations along the flume simultaneously. To provide a guide, one gauge was held fixed near the wave generator while the other was pushed near the break point in steps of 0.1 m. Data from these two wave gauges measured at the same time reflect a time series of station-to-station free surface elevation. To calculate the time lag between each pair of the time series, Fast Fourier Transform (FFT) based cross-correlation techniques were used. The time lag was used to determine the phase change between the reference wave measure and that along the flume at different points. In order to measure local mean wave phase velocity for a point lying in the centre, phase differences between two points spaced 0.1 m apart were then used. Results show that the calculated mean phase velocity decreases almost linearly from about 1.75 m/s to about 1.50 m/s at the break point when moving from deep water to shallow water. The wave phase velocity rises suddenly just after the break point to a maximum value of 1.87 m/s observed at a location 30 cm downstream of the break point. The phase velocity decreases thereafter, reaching a minimum of about 1.30 m/s.

Development of a New Fuzzy Logic Based Algorithm for Tracking Targets 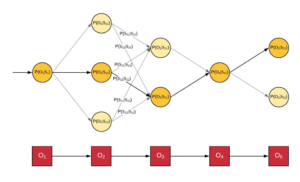 Study on A Direct Construction of the Standard Brownian Motion

Parabolic Transform and Some Ill-posed Problems 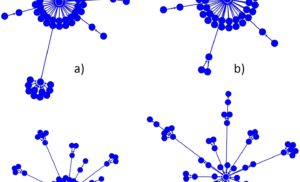