Aceh Province had the highest rate of leprosy in Indonesia; in 2014, 436 new Multibacillary cases were reported. Nagan Raya was the District in Aceh with the highest number of cases; new cases in 2015 comprised 26 with Paucibacillary (PB) and 21 with Multibacillary (MB) with a total of 4.26% with Grade II disability. The phenomena of handling and treatment by the people in Nagan Raya involve treatment by traditional healers, “Tabib”, to treat the leprosy, with treatments known as Peundang locally. The purpose of this study was to find out and to take steps to improve the effectiveness of the Tabib in controlling leprosy in Nagan Raya. The main object of this study, which used a quasiexperimental design, was to find out and to improve the treatment of leprosy patients by the Tabib who treat them there. Data was gathered using a questionnaire with an interview and the intervention was to provide training and a pocket book about leprosy and how to detect, control, and manage it there and the role that the Tabib can play in controlling leprosy in the future. The results of the study showed that there was a significant difference in knowledge about leprosy between the EG (Experimental Group) Tabib after they got the training including the pocket book and the Tabib in the Control Group (CG); i.e., that did not get any training nor the pocket book. Furthermore, after the training, there was also a significant difference in the attitude towards leprosy between the EG and the CG of Tabib. There was also a significant difference in the future role of the Tabibs to control the spread of leprosy between the EG and the CG. Based on these results, it is hoped that the District Health Department can implement a partnership model with the Tabib in Nagan Raya (and elsewhere) to use the pocket book with training to implement a program to control the spread of leprosy and also to always support the Tabib to improve their role in controlling and eliminating leprosy amongst the village people.

Attitudes of Women towards Birth Methods: Systematic Analysis of Studies Conducted in Turkey

From Selective Cardiovascular Cells Adhesion to Regulating “Spatiotemporal Orderliness of Function”: Understanding based on Biomaterials Surface Modification with Functional Molecules 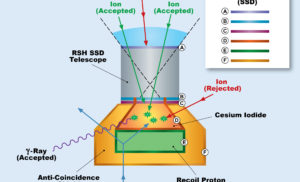 October 10, 2019
0
Nutrition and Exercise as a Tool in Controlling Cardiovascular Diseases among the Elderly in Anambra State: New Perspective
Vitiligo and Thyroid Autoimmunity