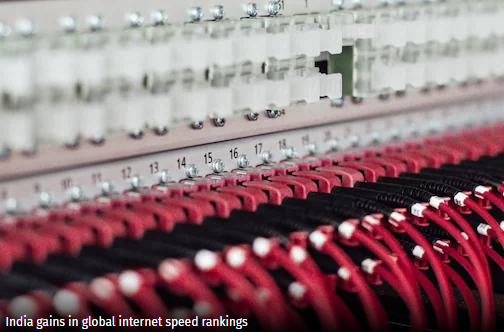 According to a recent survey released on Monday, India climbed three places in the global ranking for median mobile download speed, to 115th place, with a speed of 14.28 Mbps in May, up from 14.19 Mbps in April. According to network analytics and connectivity pioneer Ookla, India’s global rating for total fixed median download speeds rose from 76th in April to 75th in May.

India fell four places in the global rankings for total median fixed broadband speeds in April, from 72nd to 76th. The data for the Global Index was gathered from hundreds of millions of tests conducted each month by real individuals using Speedtest to assess their Internet performance. The news comes as Prime Minister Narendra Modi unveils the country’s first self-built 5G test bed. He claims that the 6G service will be available before the end of the decade, and that a team has already begun work on the project.