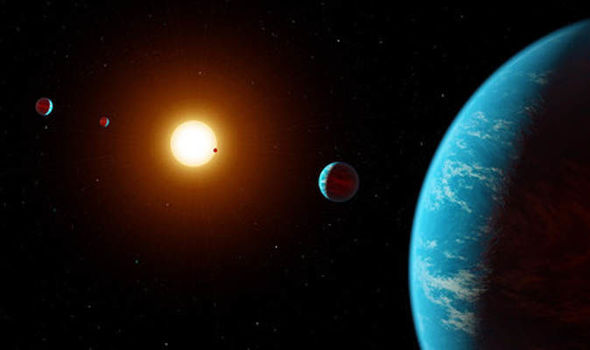 FIVE new planets similar to earth have been discovered by citizens scientists in a shock discovery, a new report has revealed. There could even be a sixth to add to the system, which is the first to be discovered by crowdsourcing.

Over the three-year mission, 287,309 stars were observed and tens of thousands more rolled in every few months.

They also discovered 44 Jupiter-sized planets, 72 Neptune-sized, 44 Earth-sized, and 53 so-called Super Earth’s, which are larger than Earth but smaller than Neptune.

But the most exciting discovery for some was the K2-138 planetary system, home to at least five “sub-Neptune” planets between the size of Earth and Neptune, nearly 620 light years from Earth.

The exoplanet family was discovered after researchers launched a crowdsourcing project to help sift through three years’ worth of data from 280,000 stars.

And findings from citizen scientists helped lead to the discovery, which is the first of its kind made through crowdsourcing.

Members of the public were given access to the project in an attempt to speed up the research after a software malfunction meant scientists would have to manually comb through the data, collected using the NASA Kepler space telescope.

K2 collaboration member at the California Institute of Technology (Caltech) Jessie Christensen said: “People anywhere can log on and learn what real signals from exoplanets look like, and then look through actual data collected from the Kepler telescope to vote on whether or not to classify a given signal as a transit or just noise.

“We have each potential transit signal looked at by a minimum of 10 people, and each needs a minimum of 90 percent of ‘yes’ votes to be considered for further characterisation.” 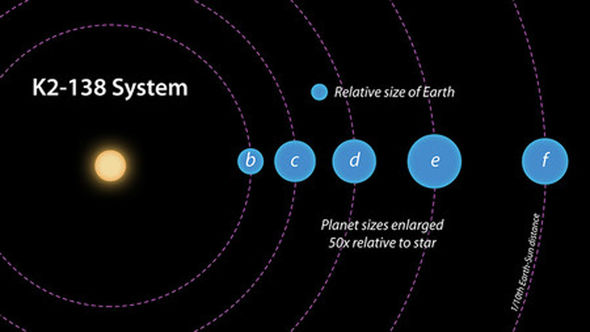