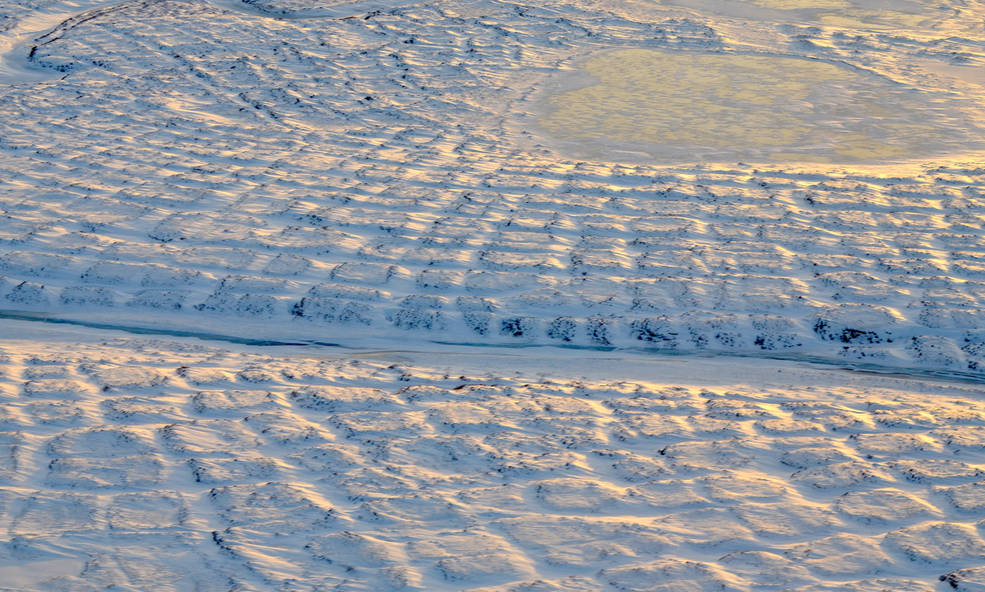 Permafrost in the coldest northern Arctic — formerly thought to be at least temporarily shielded from global warming by its extreme environment — will thaw enough to become a permanent source of carbon to the atmosphere in this century, with the peak transition occurring in 40 to 60 years, according to a new NASA-led study.

The study calculated that as thawing continues, by the year 2300, total carbon emissions from this region will be 10 times as much as all human-produced fossil fuel emissions in 2016.

The study, led by scientist Nicholas Parazoo of NASA’s Jet Propulsion Laboratory in Pasadena, California, found that warmer, more southerly permafrost regions will not become a carbon source until the end of the 22nd century, even though they are thawing now. That is because other changing Arctic processes will counter the effect of thawing soil in these regions.

The finding that the colder region would transition sooner than the warmer one came as a surprise, according to Parazoo. “Permafrost in southern Alaska and southern Siberia is already thawing, so it’s obviously more vulnerable,” he said. “Some of the very cold, stable permafrost in the highest latitudes in Alaska and Siberia appeared to be sheltered from extreme climate change, and we didn’t expect much impact over the next couple hundred years.”

Permafrost is soil that has remained frozen for years or centuries under topsoil. It contains carbon-rich organic material, such as leaves, that froze without decaying. As rising Arctic air temperatures cause permafrost to thaw, the organic material decomposes and releases its carbon to the atmosphere in the form of the greenhouse gases carbon dioxide and methane.

Parazoo and his colleagues used data on soil temperatures in Alaska and Siberia from the University of Alaska, Fairbanks, with a numerical model from the National Center for Atmospheric Research in Boulder, Colorado, that calculates changes in carbon emissions as plants grow and permafrost thaws in response to climate change. They assessed when the Arctic will transition to a carbon source instead of the carbon-neutral area it is today — with some processes removing about as much carbon from the atmosphere as other processes emit. They divided the Arctic into two regions of equal size, a colder northern region and a warmer, more southerly belt encircling the northern region.