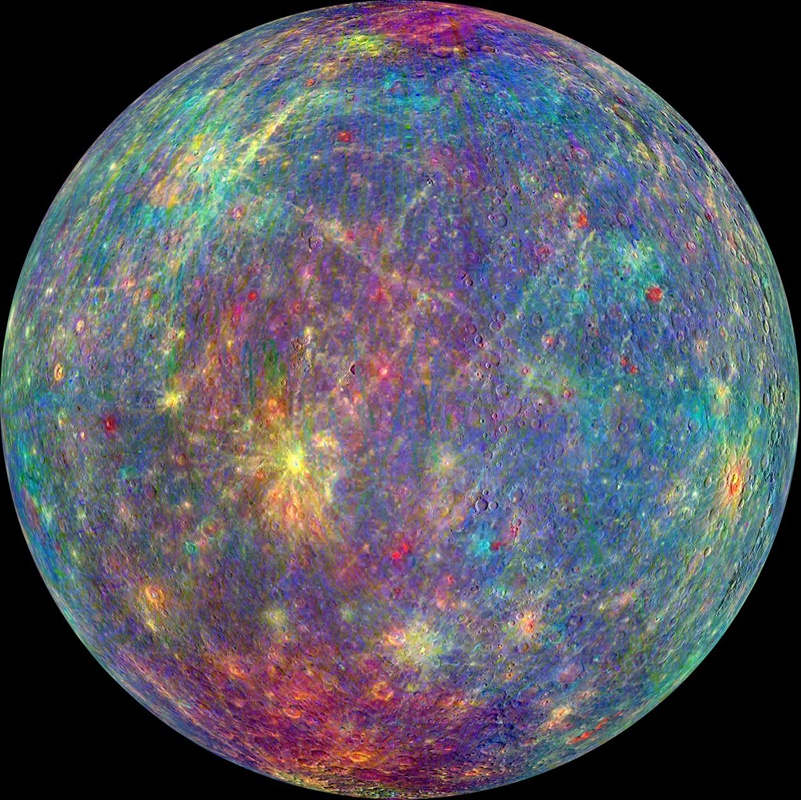 Our solar system’s innermost planet reaches greatest elongation tonight. Here’s some background before you step outside to view its best 2018 apparition.

Tonight, Mercury reaches greatest elongation, meaning it will stand apart from the Sun at the largest angle as seen from Earth. This leaves it readily visible in the sky after the Sun has set, and tonight marks its very best apparition of the year. Mercury will lie 18° east of the Sun and 12° high in the west 30 minutes after sundown, and sit 6° high 30 minutes later, in a darker sky. At magnitude –0.4, it will shine as the third-brightest object in the sky, after Venus and Sirius, leaving it easily identifiable to the naked eye. Pull out your telescope, and you’ll see its 7.3″-diameter disk slightly less than half-lit.

After tonight, the tiny planet will appear lower in the sky each day. But stay tuned, because this Sunday, Mercury, Venus, and the Moon will paint a beautiful picture as they cluster together in the sky, 10° high 30 minutes after sunset.

Despite the fact that astronomers have been observing Mercury with telescopes for centuries, how much do we really know about this strange world? The planet Mercury lies closest to the Sun, orbiting every 88 days. This tiny, crater-ridden world has intrigued planetary scientists for decades, housing water ice at its poles and zipping around on an orbit with enough ellipticity that the apparent size of our star changes dramatically between its closest and farthest points.

Although secure today in its place as the innermost planet, astronomers once thought that Mercury might actually hold second place. Its unique orbit precesses, or shifts in orientation, around the Sun, which was believed due to an unseen planet orbiting closer than Mercury. Now, though, we know that this precession is actually due to the effects of general relativity, as the Sun’s mass deforms space-time around it.

Mercury rotates on its axis with nearly no tilt whatsoever, meaning the planet experiences no seasons and there are places at the poles where sunlight never touches, blocked by steep crater walls. Solar radiation and micrometeorite impacts are two of the major forces that have shaped — and continue to influence — this world, and we are still digging for clues on its history and evolution. Only two spacecraft have ever visited, and the entire surface wasn’t even imaged until earlier this century.

One thought on “Mercury: The Swift Planet”