‘Planet Parade’ to light up night sky in March: How to watch the rare event 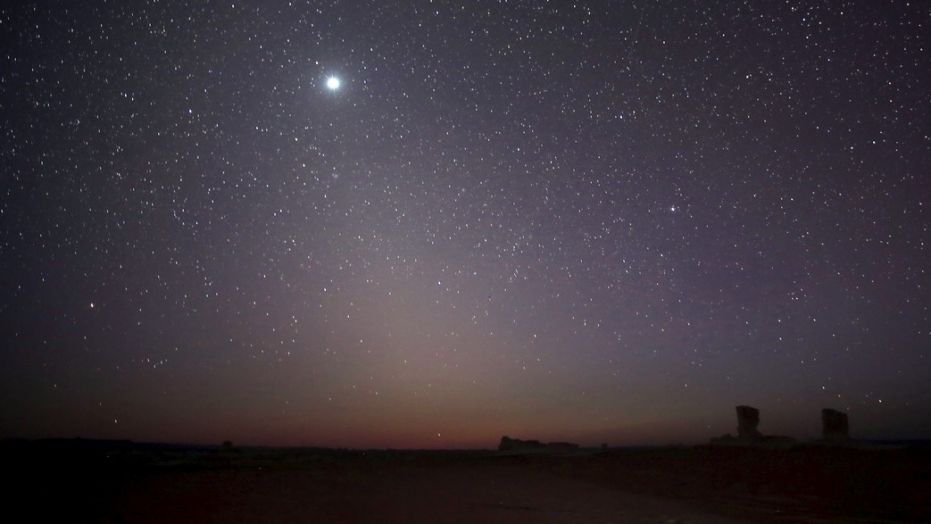 A parade of five planets, including Jupiter, Mars, Saturn, Mercury and Venus (pictured) along with the bright star Antares, will light the sky starting March 7.  (REUTERS/Amr Abdallah Dalsh)

Stargazers, get your binoculars ready: a string of bright planets, called a “Planet Parade,” will grace the night’s sky this week, and the show is expected to last several days.

It’s just the start of what will be a breathtaking month. A “worm moon” rose on March 1, and another full moon, known as a “blue moon,” will pop up on March 31. But this may be the most stunning show yet.

A rare parade of planets, including Jupiter, Mars, Saturn, Mercury and Venus along with the bright star Antares, will light the sky starting March 7, though they won’t all be visible at the same time.

Here’s what you need to know about March’s full moons – the “worm moon” and the “blue moon” – and the parade of planets that will put on a spectacular show during the first week of March.

A parade of planets, including Jupiter, Mars and Saturn will be visible from March 4 to March 11.  (Photo courtesy of NASA/Newsmakers)

A “Planet Parade” is a celestial event that occurs when a group of planets are visible to the naked eye.

The moon will shift a reported 12 degrees each night, giving skywatchers a clear view of a string of planets.