The total solar eclipse made everything feel big again 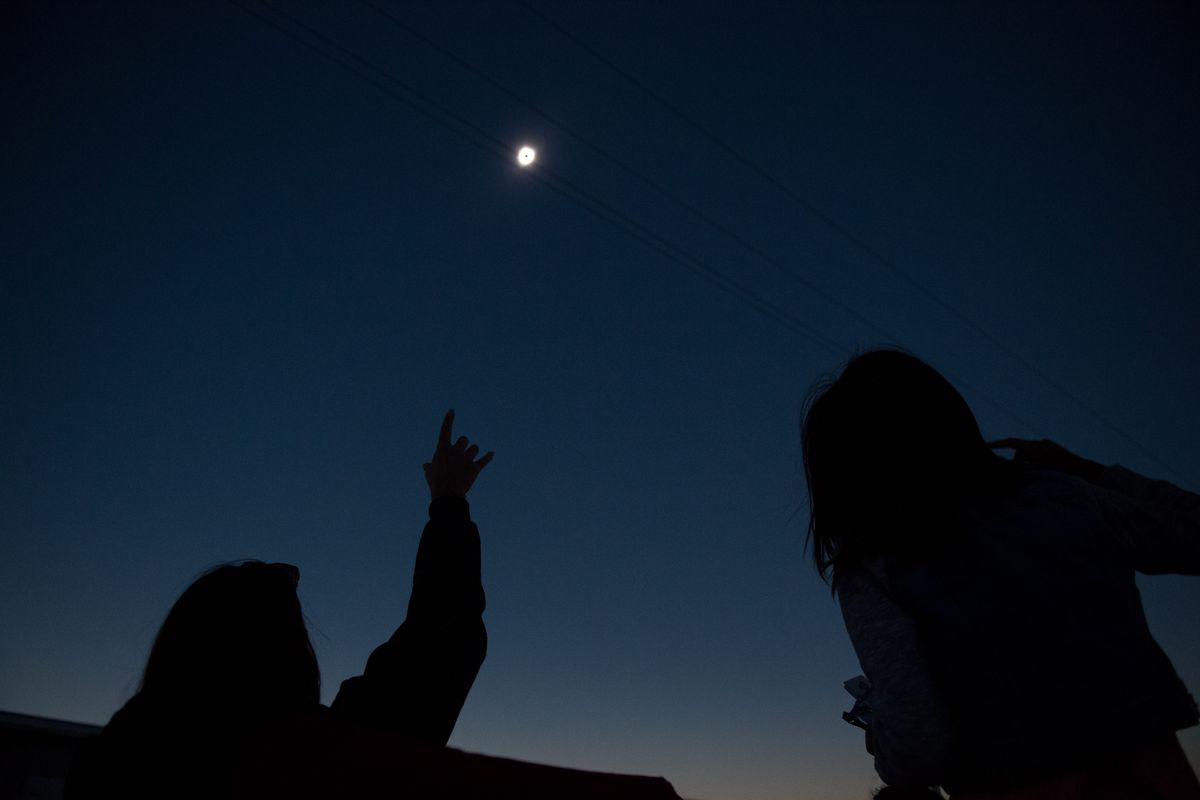 WESTMINSTER, South Carolina — When I was a little kid, I loved the sky. I loved it for its bigness, for the endless feeling it evoked.

When you’re a kid, the daytime sky is like a movie screen. Clouds were characters caught in an epic, endless drama. The night sky was even grander: an eyepiece into the infinite; a great black canvas upon which to project light, imagination, and color.

Time has a way of shrinking things. As a child, I dreamt of becoming an archaeologist, artist, writer, philosopher, and scientist. It’s a cliché, but the future was full of untold, endless possibilities. Time taught me what was realistic. It made me choose. Life becomes smaller; even the sky shrinks away. The nighttime stars shining start to seem a little less extraordinary, a little less new.

Intellectually, I know, the world is still huge, unknown, and haunted with promise. But it’s just so hard to really feel it. You can’t get back the beautiful, ignorant bigness of youth. You just can’t.

Monday’s total solar eclipse — and the small adventure getting me here — made the world, the universe, feel big again.

I watched the eclipse from a small farm in Westminster, South Carolina. Bill and Mary McGinn bought the place five years ago to retire, raise chickens and goats, and host city folk wanting some time out from their busy lives. They never expected a total solar eclipse was going to pass through their front yard, drawing eclipse chasers from hundreds of miles away.

About 20 people assembled on their farm — from as far as Massachusetts and Mississippi — bringing together a crowd that looked one part Duck Dynasty, one part REI catalog.

Some came because this was the last eclipse they thought they would see for themselves. A 70-plus-year-old man from Mississippi remembered learning about eclipses in sixth grade and wanted to finally see one for himself. Others wanted a moment to share with their kids. A high school teacher was there to take pictures of the eclipse and to bring back a hero’s story to his students.

“Historical astronomers, they were given so much clout and veneration by being able to predict these things, and it was almost a holy experience for these people,” Michael Bentz, the high school teacher from Marion, Massachusetts, said. “To be here, that’s invaluable.”

When the shadow fully took over the sun, the crickets chirped, the kids screamed, Venus appeared bright in the sky next to the sun, and I lay down before a black, black disc that wassurrounded by the most angelic white light I’ve ever seen. It must be the color Renaissance painters yearned for when painting pictures of God in heaven — sublime, gentle, powerful, and singular.

The roosters crowed when the sun came back. Bentz was nearly speechless. “It was just so cool. Big, black, black,” he said.

When it was over and I had a minute to refocus on reality, I thought about an interview I’d done the day before. It was in Greenville, South Carolina, a medium-size city in the path of totality.

There, I met Deb Pincus, 56, who came from Charlotte and booked the trip months in advance. She and her partner Karen were scoping out viewing locations in Greenville’s beautiful central waterfall park, which was then filled with screaming kids and travelers from all over the world. Deb and Karen are only in their 50s, but they both joked this might be the last eclipse they could see.

“I don’t want to be trite,” Deb said of what she wanted out the experience, “but just the awe to remind you how small you are, and how huge the universe is, and how much beauty there is. It’s easy to get caught up in all this crap that’s going on in the world.”

I agreed with her. The news has been stifling and ever-present. It adds to that feeling of smallness. It makes you feel like the world narrowly consists of tension, angst, and uncertainties.

It’s not just time that shrinks our feeling of the bigness of the world; it’s our psychology. Our brains are built to look for patterns, heuristics. We need these mental programs to simplify and make smaller the huge challenges we encounter every day. We know a glowing red iron is hot before we touch it.

Heuristics help us survive, but they guide us to smallness: They make us biased to the things we’re already predisposed to believe in. They turn us away from getting to know groups that are different than us and unjustly provoke our fears. They make us unwilling to explore, to make the world big (and, yes, uncertain, and sometimes scary) again.

At age 7, I remember going to sleep many nights with the feeling that I loved the world and wanted to explore it. I could bring on sweet dreams just by thinking about the awesome endless sky. I turn 28 years old this month. For the first time in a while, the sky feels big again.