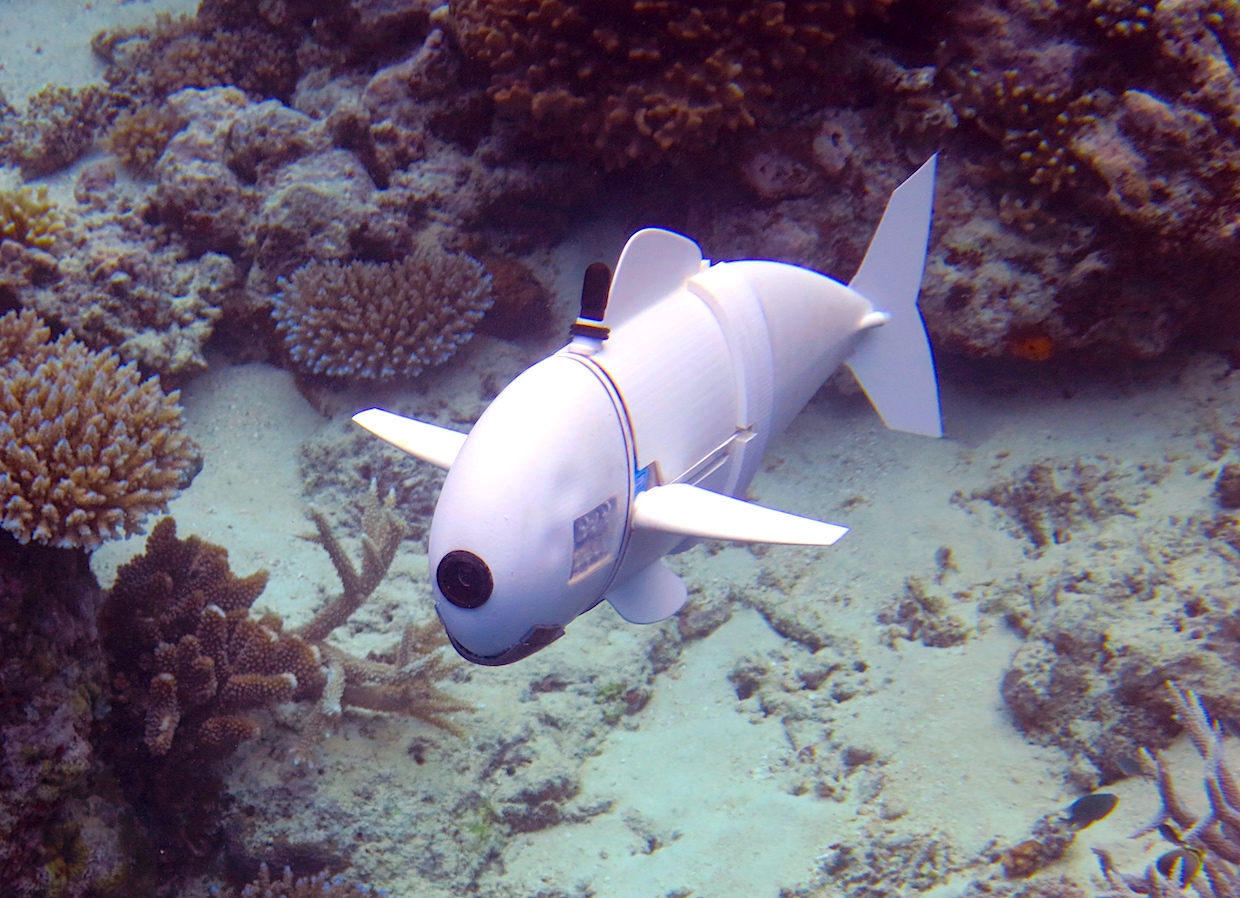 We’ve seen many clever examples of animal behavior researchers using robots to study their subjects up close with minimal disruption, and in a paper published in Science Robotics today, roboticists at MIT’s Computer Science and Artificial Intelligence Laboratory describe a new kind of soft robotic spy fish that can more or less blend right in with everything else living on a coral reef.

SoFi, MIT’s soft robotic fish, is designed to provide close-range, minimally disruptive observations of all the fascinating and adorable animals that live underwater. The MIT roboticists (Robert K. Katzschmann, Joseph DelPreto, Robert MacCurdy, and Professor Daniela Rus) were careful to make SoFi as similar in size and behavior to a real fish as was possible, but they also had to make it completely self-contained and actually useful—SoFi isn’t just a proof-of-concept for the design of a biomimetic robotic fish, it’s a real research tool, with a friendly control system, and practical battery life.

SoFi is steered by a diver using a waterproofed game controller that communicates with the robot ultrasonically, and the the robot fish is able to translate high level directional commands into 3D trajectories that it can execute. Battery life is a solid 40 minutes, which is perfectly respectable, since most human divers don’t spend more than about an hour underwater anyway.